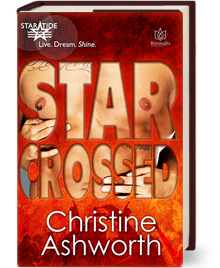 Claiming her independence from a manipulative, over-bearing mother has been a full-time job for Hollywood actress Jenna Stone, but finding herself face-to-face with rock star ex-boyfriend and soon-to-be co-lead Dane Hadley will give her a true chance at something better than just a Hollywood happy ending.

BETTER THAN THE MOVIE

Once upon a time there was a beautiful girl who lived in Los Angeles who wanted nothing more than to be loved, but from the time she was thirteen Jenna Stone has been marketed, pimped out and bartered, all for another person’s dreams of fame. Jenna has certainly enjoyed being a star, but what she’s missed was being special. Her new movie deal might make her just that. Except, the WWII period drama will co-star the one man whom she mistakenly let get close. That can never happen again.

Onetime actor Dane Hadley has loved his recent success as a rock star, but after his band broke up a return to acting seems the best way to keep the money rolling in. Except, his co-star is none other than Jenna Stone, the only girl he ever loved—and the woman who crushed his heart. Working together will be nothing but business…until it isn't. And with villains, plot twists and successes better than even Hollywood can write them, true love seems suddenly possible after all. And the paparazzi will be there to catch everything.