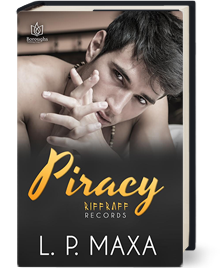 No one has more fun than Jett Matthews, and he intends to keep it that way, but he has to convince the girl of his dreams, Devin King, that Jett's brand of fun means forever.

Saying Jett Matthews has it easy is an understatement. He loves being the youngest son of a rockstar. A day doesn't go by that Jett isn't working his Devil's Spawn status to the max. But Jett is more than he appears to be. He's co-owner of a huge company that grows and sells marijuana. It's all legit...well, it is now, but there's a hitch: he and his Spawn partner, Marley Connor, have been building the business right under their parents' noses, and they are none the wiser. When Jett and Marley have to come out from behind the shadows, it's Devin King who helps make the impossible happen, and that seals the deal on Jett's heart forever.

Devin King is serious about her college education. She's at UT Austin on an academic scholarship, and she means to turn this opportunity into a serious career. When sexy, trash-talking, full of swagger, too gorgeous for his own good, Jett Matthews sits down next to her in Civics, her world turns on its side, and she can't say she minds all that much. Sure, she made him work for it, but everything worth having requires a little effort, especially for Jett. But the prize is so much sweeter after a little sweat equity, and Devin means to have it all, and for it to last a lifetime.