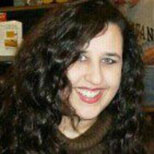 Deneane Elise Clark is an historical romance novelist. Her published work includes the first three books in THE VIRTUE SERIES, a lighthearted romp through the ballrooms and bedrooms of Regency London. The books tell the love stories of the motherless Ackerly sisters, beginning with GRACE, continuing with the stories of FAITH and CHARITY, and will conclude with MERCY. Deneane's books have been published in the United States, Canada, the UK and Australia, and have been translated into several languages, including Dutch, Norwegian and Turkish.

Deneane grew up in New Orleans and misses it dreadfully. Currently, she resides near Charlotte,NC, but has also lived in the Northeast, the Midwest, and on the West Coast. She prefers mountains to beaches, cities to suburbs, and suburbs to rural areas, and would be perfectly content if she could just manage to convince the world to flip flop the working day so people slept during the day and worked at night.

A single mom, Deneane raised her now grown up children while working full time and writing at night. Her daughter enjoys traveling, so moves in and out as the mood strikes, and her son recently enlisted in the United States Marine Corps. She enjoys sparkling beverages, music, plays trivia with an amazing bunch of friends, and travels to London any time she gets the chance.

Deneane loves interaction with her readers. You can friend and/or follow her on Facebook, Twitter, Tumblr and Instagram. If you're not a fan of social media, she also writes a blog. And, although it sometimes takes a while, she makes every attempt to respond to all emails, messages and comments.

Books by This Author